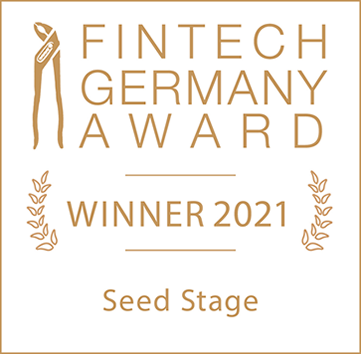 In the future, payment transactions using blockchain technology can be done without paperwork and human resources. The startup Cash on Ledger has developed a fully automated payment process that connects machine use directly to the financial cycle. “The pay-per-use model has been around for a while and is particularly used for large-scale equipment such as turbines and printing plants. The customer only pays when he actually uses the machine. The problem is that the whole process is currently not digitally mapped to the end,” says Maximilian Forster, founder of Cash on Ledger.

It is precisely this system discontinuity with the financial cycle that the Cologne-based IT company is eliminating with the data chain and the programmable euro. From now on, billing, payment and accounting can be integrated into the overall process. Instead of many manual steps, a so-called machine-to-machine payment process runs. Transactions via the blockchain euro are settled via a company account in the traditional financial system. “At the beginning of next year, the first offers from banks with the digital euro will probably be launched on the market. Currently, the software is being tested, which will then be used to develop banking products for companies,” says Professor Philipp Sandner, head of the Blockchain Center at the Frankfurt School of Finance & Management, who is providing scientific support for the development of the business model.

Employees for issuing invoices are no longer needed

In Germany, several banks are currently actively working on implementation, including Commerzbank and Landesbank Baden-Württemberg. With this step, the financial sector is making the logical connection to Industry 4.0, in which production facilities and machines are networked and integrated into a digital infrastructure.

This has already arrived in practice at the Austrian tractor manufacturer Lindner, a Tyrolean family business with 82 million euros in sales. “By integrating the telematics systems of our tractors with Cash on Ledger, we get complete transparency on the use and costs of our vehicles. We can see when the tractor is driving in the meadows with the mower, for example, or is merely being used for transport, and can differentiate the hourly rates accordingly,” says David Lindner, Marketing Manager at Lindner Tractors and project partner of Cash on Ledger. Here’s how the innovation works: the telemetry units of the commercial vehicles collect sensor signals and send this usage data to Cash On Ledger. “We read the data records, sort them according to the desired billing model, i.e. in Lindner’s case according to usage type and hours, and create a receivable as well as a daily invoice,” says Serkan Katilmis, co-founder of Cash On Ledger. At the same time, this invoice is transferred to the machine builder’s ERP system, he adds. Instead of buying a tractor for 100,000 euros, which often sits unused on the farm, a municipality can, for example, rent a commercial vehicle with the programmable euro. If the tractor is driven ten kilometers to spread grit in winter, the invoice arrives in real time after ten kilometers and is processed immediately. The rental price for Lindner customers includes the insurance premium for the commercial vehicles, but does not include operating materials such as fuel. The business model was set up with R+V Versicherung, Fujitsu and Infineon are IT partners.

At Lindner’s request, a prepaid method is used; customers must transfer a certain amount of euros before the start, which is used for billing. The notification to recharge is sent to the tractor users via push notification. If payment is not made, the machine can be taken off the grid. “This is process integration like in a picture book and brings higher quality, faster throughput times and lower transaction costs,” says Sandner, describing the advantages of the digital euro.

Germany is far ahead in Europe in digital currency with several cooperations, the expert says, with the Cash On Ledger-Lindner cooperation among the top three of ten projects of this kind. “The solution simplifies our business model significantly. We will be able to reduce the workload for rentals to a third, which will give us the opportunity to expand capacity,” says Lindner, who aims to reduce costs for his customers through blockchain use. Previously, out of 1200 tractors and vans produced in Kuchl each year, only 20 were available for rental, and the administrative workload employed one full-time employee. With the system simplification through the blockchain, the fleet now increases to 70 vehicles. The machine specialist wants to push the area – due to the high demand for rental models in agriculture – more strongly in the future.

Cash On Ledger promotes the service as an additional sales channel for large plant and machinery manufacturers. “Especially in economically difficult times, usage-based billing is a model that is interesting for all companies. The high acquisition costs of a good 150 million euros for a system first have to be financed,” says Forster, who together with partner Katilmis is responsible for digital transformation projects at the consultancy.

Moreover, loan financing ties up important capital for years, and it is unclear whether the investment will actually pay off. A lease option conserves the equity ratio and customers can always work with the most modern equipment. However, the monthly cash flow is burdened by the payments. Compared to the conventional leasing option, usage-based billing offers a more flexible service call and eliminates the long-term contract commitment.

As a manufacturer, Lindner receives regular rental income for the capital asset, which remains on its balance sheet without being sold. “Cash on Ledger is a great offering for the industry. The ball is now in the companies’ court to develop suitable business models for it,” says Sandner. However, it will be years before the concept becomes widely established, the blockchain expert said.

ASK FOR A DEMO

Why should you reach out?

In an initial online meeting, we usually present CashOnLedger in depth and explain how Asset-as-a-Service models can enable your business.

Showing you already implemented use-cases, will help you shaping your idea. Based on your input, we are implementing a demo with your requirements for the next touchpoint and can take it from there.